WHO: 30 million Europeans in need of safe drinking water services

Almost 30 million of nearly 450 million Europeans do not have safely managed drinking water services a new report has found. The October-published State of the World’s Drinking Water report by the World Health Organisation (WHO), UNICEF and the World Bank made the finding based on data from 2020. However, it noted that regional coverage of safely managed drinking water services in Europe and North America led the way, globally, with 96% of these populations having provision.

Analysts  found that while more than two billion people have gained access to safe drinking water in the past two decades, progress is fragile and inequitable: only 30% of sub-Saharan Africa has safely managed drinking water and a quarter of the world’s population remains without such provision. “Climate change is eating into those achievements,” said Dr Maria Neira, WHO Director, Department of Environment, Climate Change and Health. “We have to accelerate our efforts to ensure every person has reliable access to safe drinking water something that is a human right, not a luxury.”

The report states, starkly, that the ‘world is not even close to being on track’ to meet the United Nations’ Sustainable Development Goals (SDGs) by 2030. The sixth goal is to ‘achieve universal and equitable access to safe and affordable drinking water for all’ by that date.

In Europe, the joint report noted transparent regulation resulted in better service delivery in Portugal. And it states that EU-candidate Serbia suffers from urban-rural disparities, weak surveillance, unresolved ownership issues and unsustainable financing. Additionally, the report noted that more than 100 different pharmaceutical substances have been found in several European countries and the United States of America in their surface waters, groundwater, and/or tap water – more than three times the number found in most other parts of the world.

Aqua Publica Europea (APE), the European Association of Public Water Operators, welcomed the report´s findings. “The full realisation of the human right of access to water should be a high priority in political agendas,” Jean-Yves Stenuick, APE policy co-ordinator, said. “Over the last ten years, Aqua Publica Europea has been drawing the attention of the international community to the role of Water Operators’ Partnerships (WOPs), agreements between water/sanitation operators to facilitate the sharing of skills and know-how on a not-for-profit basis. We believe such partnerships are key to improving access to water and sanitation services across the world and played a pivotal role in the EU WOP programme launched by the Commission in 2021.”

Stenuick added that Aqua Publica Europea welcomes the recent Commission proposals to add some pharmaceuticals to the lists of pollutants that need to be controlled in surface waters and removed from wastewaters. “This requires, however, huge investments. That is why we call for the reduction of pollution at source and support the proposed Extended Producer Responsibility scheme that would make the industry responsible for covering the costs of treating toxic micropollutants linked to their products based on the polluter-pays principle,” Stenuick said.

WHO guidelines for drinking water quality

Published earlier this year, in March, the latest WHO guidelines for drinking-water quality provide a scientific point of departure for national authorities to develop drinking water regulations and standards. These guidelines cover microbial, chemical, and radiological aspects as well as perceived acceptability aspects. The WHO stresses it does not advocate international standards for drinking water quality due to the advantage provided by a risk–benefit approach at a national level. 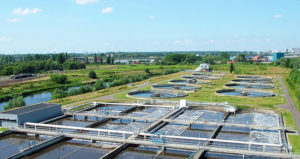