In the German city Cologne, between the two banks of the Rhine, two 90-year old pressure pipes of 470 meters cross the river under the Rhine bed, to bring wastewater from one side of the river to the Waste Water Treatment Plant (WWTP) on the other side. Due to a growing population Cologne’s wastewater company (StEB) needs to replace these pipes. StEB is investing 60 million euros and wants to start with the job in 2021.

‘It is necessary to replace the old ‘Duker’ with a new culvert’, says StEB board member Otto Schaaf in an article in Rundschau. ‘When Cologne first started using the natural pressure pipes it had just over 700,000 inhabitants. Today around 1.1 million people live in Cologne.’ The performance of the two pipes of 1.25 and 1.85 meters in diameter, which form the culvert, has come to its limits. The new pipes will have diameters of 1.8 and 2.8 meters. These old pipes can transport 4500 litres per second and the new pipes 6000 litres per second. The Düker is vital to the fact that 83 percent of all waste water (sewage and rainwater) from Cologne can be cleaned in the Stammheim WWTP.

At this moment the transport of wastewater cannot be controlled hydraulically. Therefore it is not possible to optimise the use of the Stammheim WWTP. For example, when heavy rainfall is expected or when the streets are flooded. Another problem is that the waste water pipes cannot be cleaned on the entire route. Again and again massive fat deposits occur on the surface and only divers can inspect the canal.

Also the pipes are now insufficiently covered and they are too close to the bottom of the Rhine. Anchors from ships can damage them easily. The new Duker will be have more distance to the river bed and will connected to the sewage network at a distance of only a few meters of the old culvert. 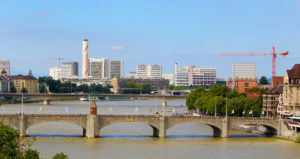 International Rhine Commission does not allow access to discharge permits 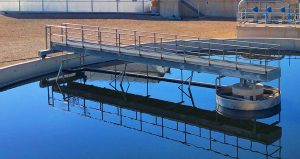