In sewage samples collected from the London Beckton Sewage Treatment Works the poliovirus has been detected. The virus was found during routine surveillance between February and May. It concerns a new variant of the poliovirus and it is likely there has been some spread between closely-linked individuals.

The UK Health Security Agency stated the 22nd of June in a Press Release that the poliovirus was found during routine surveillance. It concerns a new variant and it is likely there has been some spread between closely-linked individuals in North and East London. According to the Health Security Agency the virus has only been detected in sewage samples and is not associated with reported cases of paralysis. Further investigations are needed to see if any community transmission is occurring. The last case of wild polio contracted in the UK was confirmed in 1984. The UK was declared polio-free in 2003.

Minister Lord Kamall said to wstpost.com the source of the virus can be narrowed down to one home or street. He wants to use the same tactics to track down ‘patient zero’ learned during the Covid pandemic. Kamall revealed officials will go along the sewage pipes to locate where the virus came from. Wastewater surveillance is being expanded to assess the extent of transmission and identify local areas for targeted action. Healthcare professionals have been alerted, so they can investigate and report anyone presenting with symptoms that could be polio, such as paralysis.

Originated from a living vaccine

Professor David Heymann of Infectious Disease Epidemiology of the London School of Hygiene and Tropical Medicine said on the LSHTM-website the virus results from a mutation of the Sabin virus that is a live virus used to vaccinate against polio. This virus can cause paralysis in some patients, though the majority of infections are asymptomatic. Heymann: “Sabin-virus based vaccine (live oral polio vaccine) is now only being used in countries that are in the active phase of polio eradication. Other countries have switched to inactivated polio virus vaccine that cannot mutate.”

According to Heymann the fact that the polio virus has been found in sewage in the UK attests to the strength of the surveillance programmes of the UK Health Security Agency.  Sewage surveillance for polio, and other pathogens, have been extremely useful to detect emergence of pathogens and respond to these detections early, preventing disease and onward spread. Since the covid pandemic wastewater surveillance is also used to detect early outbreaks and control the spread of Covid. 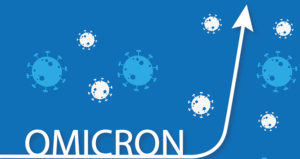