To stop a salt wedge from rising along the dry river Po branches an innovative new anti-salt barrier has been proposed at the mouth of the Po di Pila, the main branch of the Po Delta. The mobile barrier separates fresh water from salt water making use of the fact that salt water is heavier than fresh water. Director Giancarlo Mantovani of the Po Delta Land Reclamation Consortium (Consorzio di Bonifica Delta del Po), says these anti-salt barriers should always be implemented during droughts.

In the eastern course of the river as it reaches the Po delta flow rates in June were recorded at eight-five per cent below average. The low level of the river is leading to increased salt seawater infiltration into low-lying adjacent agricultural areas. “Until the 1980s, the phenomenon of the salt wedge rising was limited to two to three kilometres from the mouth of the Adriatic Sea and the flow rates statistically never fell below 600 mc/s. At this moment the salt wedge is entering the river delta about 30 kilometers. Due to the lack of rainfall and the lack of snow in the mountains very low flow rates are measured these days”, stated Mantovani.

An exisiting anti-salt barrier, constructed in 1988, has been regularly breached since 2003. Now the Po Delta Land Reclamation Consortium has carried out preliminary studies for a new system that would physically separate the freshwater from the saltwater with an upstream backflow of about 70 centimetres.

Farmers are suffering from water scarcity. There are no viable alternative water sources to the Po and its tributaries in the short term, but Mantovani says there are solutions to the problem. “They range from the construction of mountain reservoirs to contain excess river flows and then allow for a graduated release during periods of water crisis in order to feed the river. In addition to this, other small and medium-sized reservoirs have already been and can be built on the plains in farm and inter-farm areas for irrigation purposes.”

According to the country’s largest agricultural organisation, Coldiretti, the drought threatens more than 30 percent of national agricultural production, and half of the farms in the Po Valley. Coldiretti president Ettore Prandini has also advocated a network of small reservoirs. He said these should be ‘spread throughout the territory, without the use of cement and in balance with the land’.

Water conservation is also an important factor. Environmental group Legambiente is calling on famers to change irrigation methods to ground-laid pipes from the current water jets which lose a lot of this precious commodity to evaporation. And Milan – the largest city in the Po valley, with a population of some 1.4 million – reuses wastewater to irrigate agricultural land with a surface area of more than a 100 square kilometers.

Italy’s government has declared a state of emergency until the end of the year in five northern regions and provided a € 36.5 million aid fund while monitoring areas under concern to the south; central rivers such as the Tiber have greatly reduced flow. Rising in the Cottian Alps on Italy’s western frontier and emptying into the Adriatic Sea in the east after a course of 652 kilometres, the Po´s waters are only a quarter of their usual for this time of year. Vastly reduced snowfall in the southern Alps, higher-than-average temperatures and a dry winter and spring have contributed to the situation. It is the fourth drought this century.

According to experts climate change is undoubtedly behind the drought that has stricken the River Po in Northern Italy. The country´s longest river, which flows through the wide Po valley – Italy´s most important agricultural area – is undergoing its worst drought in 70 years. “This drought is unique in history due to the combination of two anomalies – the lack of rain, on top of the elevated temperature, which is directly linked to climate change,” Luca Mercalli, the president of the Italian Meteorological Society, told the Guardian. 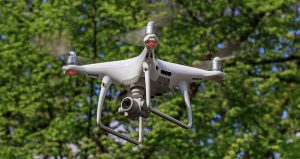