MEP Water Group steps up for prioritising water on EU-agenda

“Our goal is prioritising water on the EU-agenda. Water is a cross cutting subject and policies are made by different departments. That is why the EU pays less attention to it. These is still much to be done on water and we need an integral approach”, stated chairman Pernille Weiss of the Water Group of the European Parliament during a webinar organised by Water Europe the 16th of June.

During the webinar Water Europe’s executive director Durk Krol introduced the MEP Water Group. “Since Pernille Weiss started in September as the new chairman of the Water Group there has been a positive change”, explained Krol. Weiss is determined to play a key role in contributing to the future of the EU water policy.

We want to make sure that Europe’s water resources are managed in a sustainable and equitable way. To do so optimization of the water-energy nexus is key. “Water purification costs a lot of energy – but also has the means to create a lot of energy. If we succeed in optimization, we can export these solutions to the world. Europe has to be a role model. We can create more jobs while taking better care of the environment.”

Although she is relatively new in the water sector the Danish Member of the European Parliament (MEP) is eager to contribute to water solutions. “We want to be at your service and we would like to sharpen ideas together with all stakeholders”, she said to the water professionals attending the webinar. “In a later stage we can put solutions forward and see what we can do in the legislative process.”

The upcoming agenda of the European Parliament is filled with many water-related directives. During her speech on prioritising water on the EU-agenda Weiss referred specifically to the ‘Fit for 55’ package. The ‘55’ refers to the 55% CO2-emissions reduction target for 2030 that EU leaders signed off on last year. The aim of the ‘Fit for 55’ package is to update the EU’s 2030 climate and energy laws to reflect this higher target.

During the webinar MEP Vondra Alexandr emphasized water issues in different Member States can have a huge impact on climate change. He illustrated this by telling a bit more on the water situation in the Czech Republic. “In my home country forests are dying and causing more CO2-emmissions. We could prevent this by better water management. For example by creating water catchment areas and pushing water reuse. The Czech Republic is the roof of Europe. The rain falls down here and disappears. If we look at it at a more creative way we could solve it easily. Like using former coal mines as water deposits.” According to Vodra working on water policy now is too complex due to a ‘deep-sea of Frameworks’ 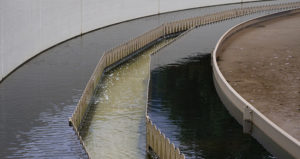 Fit for 55: Research into nitrous oxide and methane emissions from WWTP’s 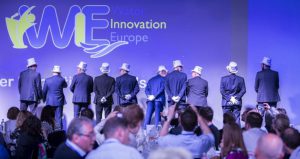 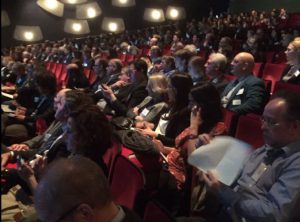 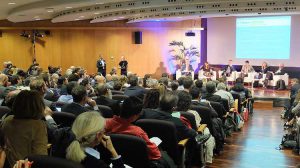