Tens of thousands of people gathered yesterday in Dublin to protest against water charges. The mass demonstration was organised by Right2Water and community groups. The protest went on despite the concessions environment minister Alan Kelly did several weeks ago. The Irish are still furious and want to reverse the decision.

After enduring protests a few weeks ago Kelly made concessions about the amount of the water bill, but he did not manage to calm the Irish anger. “The Irish understand water has a price”, said Lynn Boylan who is reporting in the European Parlement about the European Citizen Initiative Right2Water during the seminar ‘Setting the right water Price’ in Brussels last week. She explained the Irish already pay a tax for water and are not prepared to pay double. “Moreover the water system is full of leakages and that causes a lot of agitation.”

European pressure
Kelly said yesterday there will be no further concessions and stated nothing is going to change in relation to water charges. According to the minister the vast majority of people will pay in the end. In the mean time former junior minister Fergus O’Dowd, one the people involved in setting up Irish Water, said he felt there were ‘forces at work’ (European, ed.) with ‘agendas’ to privatise the utility company. O’Dowd means there is a real reason to be concerned about the possibility of Irish Water being privatised. 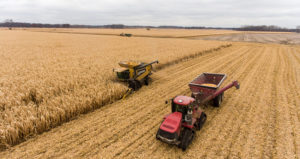 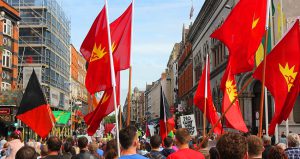 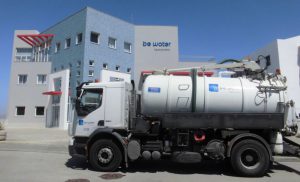