Due to global warming risks are accumulating and there is less and less time for effective adaptation measures, such as coastal protection and drought control. The scientists of Working Group 2 of the Intergovernmental Panel on Climate Change (IPCC) have reached an agreement on the final version of the report Climate Change 2022: Impacts, Adaptation and Vulnerability. They presented their conclusions Monday the 28th of February.

The report provides the latest scientific insights on the effects of the rapidly changing climate. Global warming is already affecting the lives of billions of people. In particular, the combination with urbanisation, rising sea levels and loss of biodiversity makes the risks of climate change more complex. That is one of the main conclusions of the  IPCC report on which 270 scientists worked. They consulted 34,000 publications. The report warns that there is still time left for effective adaptation measures. “Today’s actions will determine how humans adapt and how nature responds,” IPCC chairman Hoesung Lee said when presenting the report.

In the previous IPCC-report that was published last August, the United Nations climate panel already announced that global warming of 1.5 degrees Celsius will already be reached in 20 years. If the temperature rises to 3 degrees this will have major consequences for, among other things, the rise in sea level. The newly published report is focusing in detail on all consequences. Based on the conclusions of many scientific studies, an outlook is given of effects at 1.1 (the current warming), at 1.5 and at 3 degrees of warming. One of the studies concentrates on the vulnerability of coastal areas. If warming stabilizes at 2-2.5 degrees, coasts will continue to change for millennia and at least 25 megacities will experience flooding. The study indicates that coastal zones where in 2010 about 0.6 to 1.3 billion people lived, will be flooded. In the summer of 2021 IPCC presented a tool for predicting regional effects of global warming.

Many scientific studies cited in the report have been published before, so the conclusions are already known. What is special about this new IPCC report is that all scientific knowledge about the effects of warming were brought together and studied in relation to each other. Dutch scientist Marjolijn Haasnoot of Deltares contributed to the chapter on the effects of global warming in Europe. The chapter signals the growing awareness and increased knowledge about climate change is positive. Europe will warm up more than the rest of the world and southern Europe in particular will have to deal with drought. “Here you can see the accumulating effects very clearly”, states Haasnoot. She refers to heat waves, floods and forest fires. “Drought leads to the construction of more irrigation systems, but those systems attract new agriculture. As a result, water demand continues to increase, while less and less water is available. That is why irrigation is not a sustainable investment.”

The report warns for maladaptation. Haasnoot also mentions the construction flood defences. “Hard defences are not wrong, but you cannot keep investing in them forever. That is why long-term planning is important. You have to keep asking yourself whether you are taking a sustainable step.” This new IPCC study shows that human actions are putting increasing pressure on nature and that climate change is exacerbating that pressure. “There is no single solution”, concludes Haasnoot. ”It is a mix that is not the same everywhere in the world. And as the world continues to warm, more measures will be needed.”

A summary and the Sixth Assessment Report, Climate Change 2022: Impacts, Adaptation and Vulnerability (3675 pages!) can be downloaded from the IPCC website. 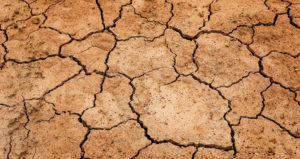