European Elections: What should a water professional vote?

Between 23 and 26 May the EU citizens will choose a new European Parliament. For the water professional, these are important elections because legislation and regulations about water are mostly made in Europe. A vote for Members of the European Parliament can have direct consequences for daily practice. Therefore Water News Europe made an inventory of what water professionals can choose.

The coming five years a Review of the Water Framework Directive and the Drinking Water Directive are planned. And the Water Reuse Directive is being drawn up. European water policy is mainly prepared in the European Environment Committee (ENVI) and the Agriculture Committee (AGRI), thus it is important to choose MEP’s that participate in these committees. Some of the current candidates for the elections are already taking part in the current ENVI or in the AGRI committee. It can be useful to check who, on behalf of your country, is taking part in these committees. There is a fair chance that they will continue to play the same role after the upcoming elections.

The European Greens, among other things, advocate that toxic and hazardous substances must be avoided in and removed from materials that are recycled so that they do not return endlessly in the cycle of the circular economy. The European United Left - Nordic Green Left, opposes, among other things, the use of agricultural poisons and the intensification of agriculture. The Party of European Socialists (PES) is also opposed to the use of glyphosate and neonicotinoids and wants to keep all Member States responsible for keeping drinking water sources in surface and groundwater clean.

The European People’s Party (EPP), derived from the Democrats, is in favour of intensifying European agriculture and is calling for modernization of regulations that hamper new technologies in production and breeding. The Alliance of Liberals and Democrats for Europe (ALDE) wants to get rid of the current agricultural subsidies. Instead, they want to invest in innovation, research and sustainable food supply. ALDE also wants countries to be able to decide for themselves how they want to meet the standards for clean surface water.

There are mainly two political forces for the water professional in Europe. They can opt for stricter environmental regulations. This is advocated by the European Greens and the European Socialists. Or for a more liberal approach where the emphasis is more on innovation and personal responsibility. For this they can go to EPP or ALDE. 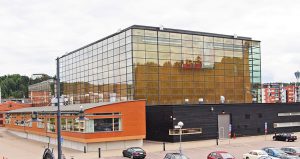 WFD: European river basin organisations plea for revision ‘One out all out’ principle