More attention is needed to address the danger posed by the ‘cocktail effect’ of lower concentrations of chemicals in European lakes, rivers and other surface water bodies. The European Environment Agency (EEA) calls for action in the recently published report ‘Chemicals in European Waters’.

Data and research show the aquatic environment has to deal with mixtures of chemicals, including many more substances than the priority substances monitored under the Water Framework Directive. Nutrients from urban point sources, agricultural diffuse pollution, metals from stormwaters and atmospheric deposition, as well as many potentially harmful organic chemicals from urban waste water and agriculture, are present in freshwater systems simultaneously.

Samples show hundreds of chemicals
The report notes that the detection of several hundred organic chemicals at low concentrations in a single freshwater sample is common and the level of risk that might present is insufficiently understood. ‘It is very important to understand which chemicals continue to pose significant risks to the environment, especially when they are present in water. Better knowledge and understanding can help to improve controls to minimise harm’, states the report.

Cocktail effect
To achieve Good Chemical Status under the Water Framework Directive (WFD) the levels of the so called priority substances (48) have to be very low. But hundreds of other chemical substances can be found in European water bodies. They may interact chemically with other chemicals and thus form a threat for the environment. The EEA report cautions better information and knowledge is needed to know whether they present a risk in lakes, rivers and other surface waters.

Integration in assessment schemes
Assessment under the WFD currently does not consider combined effects of chemical mixtures. It is therefore possible that concentrations of priority substances could be slightly below the Environment Quality Standards which leads to Good Chemical Status, while the actual combination of substances could be harmful. According to the European Environment Agency combined effects and potential mixture toxicity could be integrated into existing assessment schemes.

Monitoring more chemicals
Another way to assess the cocktail effect is extended monitoring. A longer list of chemicals whose concentrations in surface water bodies need to be monitored regularly. This would, in combination with mixture effect predictions, provide a more robust and realistic estimation of the impact of chemicals on the overall status of a water body.

Testing with bioassays
The last assessment method could combine several effect-based methods. The effects of chemicals will be measured with a bioassay. Instead of determining the concentrations of each priority substance in a water sample, the sample would be concentrated and tested in a dilution series using a bioassay like an algae growth inhibition test. At the point where the toxicity ceases, the dilution factor would be compared with the test result of a defined reference compound.

State of water and chemicals
The EEA ‘State of Water’ report, published in July 2018, found that only 38 % of monitored lakes, rivers and other surface water bodies are in good chemical status — with no concentrations of priority substances exceeding EU-wide environmental quality standards. New statistic research shows that the Chemical Status of a water body influences the Good Ecological Status. At the moment there still is a lack of understanding the causal link between Good Chemical Status and Good Ecological Status.

More data is needed
Existing EU rules do not reflect recent scientific developments in the assessment of mixtures. The report calls for more robust data reporting of chemical emissions and improving the monitoring, modelling and reporting of diffuse sources of pollution, to ensure that pressures are correctly understood and measures can be appropriately targeted. 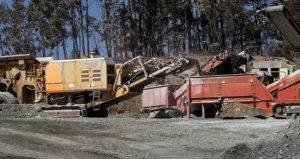