The European Commission refers Slovenia on the 18th of February to the European Court of Justice for failure to comply the Urban Waste Water Treatment Directive (UWWTD).  Slovenia should have been fully compliant with the requirements since 2016, according to its agreements under the Accession Treaty.

The wastewater of four agglomerations with a population of over 10.000 (Ljubljana, Trbovlje, Kočevje, and Loka) does not comply to the appropriate level of treatment before being discharged, states the European Commission in a press release. In addition Kočevje, Trbovlje, and Loka fail to meet additional requirements of the UWWTD related to sensitive areas.

The European Commission sent a letter of formal notice to the Slovenian authorities in February 2017, followed by a reasoned opinion in 2019. The Slovenian authorities have shared monitoring data aimed to show compliance with the requirements of the UWWTD, but according to the EC these data were not sufficient. Due to the deficiencies and gaps in the data the European Commission concluded the authorities have failed to prove compliance for the above-mentioned agglomerations.

The Urban Waste Water Treatment Directive requires Member States to ensure that their towns, cities and settlements properly collect and treat waste water. Untreated waste water can be contaminated with harmful chemicals, bacteria and viruses and thus presents a risk to human health. It also contains nutrients such as nitrogen and phosphorous which can damage freshwaters and the marine environment, by promoting excessive growth of algae that chokes other life, a process known as eutrophication.

The Commission published in September 2020 the 10th report on the implementation of the Directive that showed an overall improvement in collection and treatment of waste water in Europe’s cities and towns, but pointed to different success levels between the Member States. 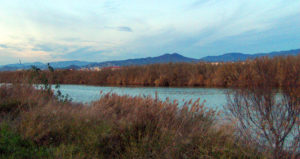 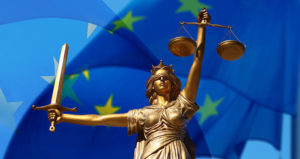