The Black Sea in Bulgaria is polluted with nitrogen (fertilizers) after a cargo ship from Panama crashed on the rocky shore of the Yailata Protected Area above the city of Varna. According to the Bulgarian Ministry of Environment and Water, the ship had been unloaded incorrectly, leading to the leak of nitrogen. The government claims that the methods used by the Maritime Administration were incorrect. Until now there is no plan to unload the ship.

The nitrogen fertilizers disturb the balance of microorganism by causing increased algae blooms, younger fish suffocate and loss of their nutrient base. The Panamanian-flagged general cargo ship VERA SU stranded on the 20th of September during a trip from Ukraine to Varna. The ship went on a course that led it directly to the rocky shore and shallows. No action was taken for more than two hours to change the course in order to avoid a jam. According to the Automatic Identification System (AIS) the ship crashed into the rocks at a speed of about 7 km per hour. No one of the 9-member crew was injured in the accident.

The tanks of the ship, built 32 years ago, have about 20 tons of light marine fuel and 3,300 tons of nitrogen fertilizers available on board. After the crash no substances seemed to be spilled into the sea. However, a diving inspection to investigate the condition of the underwater part of the hull was not carried out during the first hours.

On the 25th of September, two water samples were taken from the equator of the Black Sea – the first one next to the cargo ship, in direction of the open sea, and the second in front of the bow of the ship, where the leak was. The Ministry of Environment and Water announced that according to the analyzed samples, only a slight increase in ammonium nitrogen by 1.6 units was reported, a few hours after the leakage. Meanwhile, the Black Sea Basin Directorate analyzed the results of samples taken on September 27th from the seawater in the ship’s area. The amount of ammonium nitrogen exceeds the corresponding norm. The Black Sea Basin Directorate continues to monitor the state of the Black Sea waters in the ship’s area on a daily basis and is ready to assist in the following-up to prevent any increase in the content of nitrogenous compounds in the marine environment.

No action has been taken yet

However, there is still no approved plan for unloading the stranded ship. Dangerous actions taken by the Maritime Administration will be reported to the prosecutor’s office. 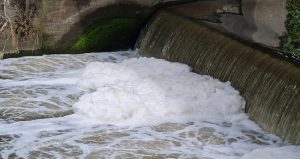