WFD: European river basin organisations plea for revision ‘One out all out’ principle

The International Network of Basin Organisations in Europe (EUROPE-INBO) declares the ‘one out all out’ principle needs to be revised in order to better reflect the progress made and to remove the demobilizing effect of this principle. This statement is part of the second draft declaration that was made during the 17th EUROPE-INBO International Conference for the implementation of the European Water Directives that took place from 17 to 20 June in Lahti in Finland.

According to the ‘one out all out’ principle of the Water Framework Directive (WFD) good status of a water body is reached if all parameters are qualified as good. Missing one single parameter is sufficient to downgrade all of them. According to the second draft version of the Declaration of Lahti this approach has several disadvantages. ‘With such a principle, the ecological classification thus obtained does not reflect the partial progress made in the basins, especially on the reduction of significant pressures. In some cases, parameters such as hydromorphological and physicochemical elements may better reflect changes in the water status while biological parameters are used to reflect the status of the whole ecosystem. Communication on the chemical and quantitative status of groundwater is also problematic as the overall status does not always reflect the progress made in improving chemical status.’

Until now the proposed exemptions mainly focused on the deadlines for achieving the objectives, said the members of Europe-INBO during a roundtable towards a practical review of the WFD application. It focused on how to deal with exemptions and the ‘one-out all-out’ principle. In 2027 all European waters should achieve good status. Only 40% of Europe’s lakes, rivers, estuaries and coastal waters complied to a minimum ‘good’ or ‘high’ ecological status in 2010-2015. According to the latest report of the European Environment Agency (EEA) the improvement European waters has come to a standstill.

The report of the European Environment Agency has endeavoured to demonstrate positive trends in water status improvement. According to the European basin organisations EEA neglected a holistic message about progress in water management. The conference participants suggested improving communication on the results of Basin Management Plans in order to demonstrate the efforts and progress made towards good ecological and chemical status. Experience shows that the ‘one out all out’ principle is not an effective tool for demonstrating the progress made or for comparing management cycles or Member States. The EUROPE-INBO members recommend that the reports include more indicators to highlight positive trends and successes in water management.

The draft declaration is also paying attention to the prevention of pollution by agricultural nitrates, investments for treatment of domestic wastewater and industrial environmental permits. Also the Basin Management Plans and the Programs of Measures should integrate the issue of microplastics. This requires an adaptation of the legal framework and a more consistent approach between the WFD and other relevant policies. 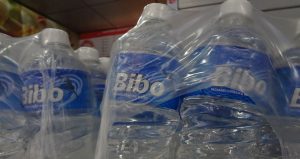 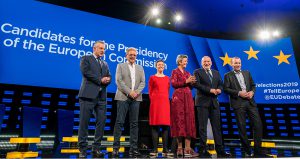 European Elections: What should a water professional vote?