Water company Prague Water Supply and Sewerage System PVK states more underground water pipes burst, due to heat and drought. Compared to 2018 the amount of incidents increased in the first half year of 2019 with approximately 7 per cent. PVK registered 2,992 incidents until the end of July, almost 200 more compared to the same period last year.

Last summer the number of incidents increased with 20 per cent even more. “The biggest problems occurred with cast iron pipes that were imported from Poland between 1970 and 1980”, says PVK-spokesman Tomáš Mrázek on the website. In 2018 the total amount of incidents exceeded 5.000 for the first time ever and PVK expects to outclass these incidents in 2019.

Water company PVK has counted 45 category I-incidents until July. Incidents of the I-category are incidents where more than 1,000 customers or strategic buildings are left without water. The water company is providing those people with drinking water with water tanks. Handicapped people in Prague get drinking water deliverd in bottles when repairing the leakages takes more than five hours.

The water company in Prague is owned by Veolia and the city of Prague. In September 2018 Prague regained control over the city’s water supply by buying 49 per cent of the shares from Veolia Central & Eastern Europe. Veolia has been involved in PVK since the 1990s. Originally, the contract was due to expire in 2013, but in 2004 a previous mayor extended the agreement. The lease now is set to expire in 2028. Prague wants to control the whole PVK after the contract expires but the purchase is still under discussion. The coming years PVK wants to improve and extend the drinking water and sewage infrastructure. Therefore water prices are being raised. 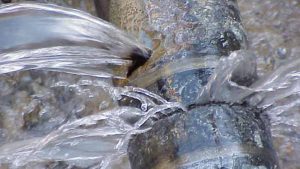 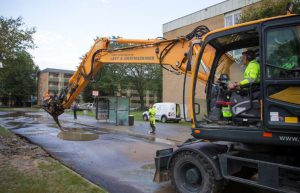