Cocaine was in 2015 most used in London. Photo: Twitter

By analysing sewage researchers can determine the level of drug use in a city. In 2015 scientists have analysed and compared data on illegal drug use in 67 European cities. This research provides an important basis for the development of effective drug policy and for assessing the effectiveness of current drug policy.

The kind of drugs Europeans use differ from city to city. The European Monitoring Centre for Drug and Drug Addiction (EMCDDA) recently published for the fifth time the results of the annual analysis on their website. The study reveals the use of illegal drugs in Western European exceeds the use of drugs in other parts of Europe.

Several countries, like Finland and Switzerland, also include smaller towns in the study in order to get a complete picture of the drug use in cities and rural areas. Annemarie van Wezel from the KWR Watercycle Research Institute in the Netherlands states KWR is also expanding the research to smaller towns to get a more representative picture.

With the EMCDDA chart tool it is possible to select the biggest users (Top 5) of four types of drugs. The graphs underneath show which drugs are used most in which cities in Europe.

In Belgium amphetamine is very popular. In the Top 5 of amphetamine use four Belgium locations are leading.

In 2015 London became the city where cocaine is used the most. The use of cocaine in the British capital is significantly higher as in Amsterdam.

Source: EMCDDA
Ecstasy is used most in the Dutch Capital Amsterdam, but the drug is also popular in Eindhoven en Utrecht, the other two monitored Dutch cities.

Methamphetamine is most used in Oslo, but it is also popular in Eastern Europe.

In 2011 the Norwegian Institute for Water Research (NIVA) and the Mario Negri Institute in Milan took the initiative to conduct a joint research project with research institutes from other European countries. The results of the studies are being used in the European Drug Report 2016. 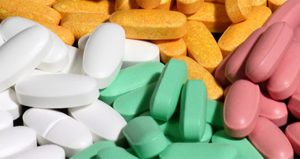