In 2017 in Wales and England leakages cause more water loss. Photo: Wikimedia Commons

Water loss due to leakages by water companies across England and Wales has increased to more than three billion litres every day. According to the annual report from the Consumer Council for Water the amount of water leakages increased in 2017 with 1,2% compared to 2016.

Thames Water lost around 179 litres of water per property each day while Southern Water lost less than 80 litres per property each day. The report ‘Water, water everywhere? Delivering a resilient water system (2016-17)’ with the leakage figures was published in December. Not only the level of leakages increased in 2017, consumers also started using more water. According to the Consumer Council for Water the extra consumption can be caused because consumers are discouraged using water more efficiently due to the increased leakages.

Reduce leakages
The Consumer Council for Water supports new proposals by the economic regulator for the water sector in England and Wales Ofwat to reduce leakage by at least 15% between 2020 and 2025. “We continue to question whether water companies are addressing leakage at a rate that is quick enough to satisfy their customers’ expectations and help tackle the longer-term pressures on our water supplies”, declared the consumer organisation. 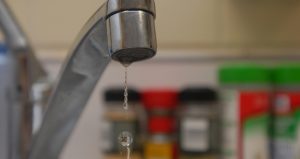