With elections coming up on 12 December British voters are orientating on different deals to leave the EU. For the water environment the latest proposal of prime minister Johnson can have far going consequences as he wants to diverge from European environment laws and regulations, like the Water Framework Directive (WFD).

‘Although we remain committed to world-class environmental, product and labour standards, the laws and regulations to deliver them will potentially diverge from those of the EU. That is the point of our exit and our ability to enable this is central to our future democracy’, wrote the prime minister in a letter to EU-president Donald Tusk this summer.

The EU and UK have agreed to a Brexit extension until 31 January 2020, which means a prolonged period of uncertainty for policymakers across the UK. Boris Johnson’s proposed deal wants to keep in line with some EU regulations such as pesticides, waste, and invasive alien species, but it does not require the UK to follow the WFD.

Like many other European Member States the UK is struggling with obtaining the WFD-goals. According to an actual analysis by Unearthed (Greenpeace) and the Financial Times the UK is on track to miss a whole range of environmental targets in the early 2020s, including many that are legally binding and come from the EU. These latest figures suggest that it will also fail to meet the extended target of 2021.

According to figures from the Joint Nature Conservation Committee, 35% of the UK’s surface water bodies are in good or better condition, well below the target. When it comes to rivers, the situation is even worse, with just 14% of the UK’s rivers meeting good or better status. This figure has actually fallen steadily since 2014, when it stood at 17%. The Johnson government has set out plans for a new environmental watchdog – the Office for Environmental Protection (OEP) – but this institution will not have the power that to impose hefty fines on the government.

More water issues are part of the election campaign. Johnson said in a video interview with the Sun that there will be no lack of drinking water. In the campaign of May the drinking water supply was a hot topic. 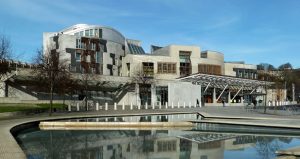 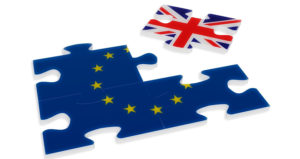