PRESS RELEASE: Are we higher at risk for Legionellosis due to climate change?

After three consecutive years of record-high temperatures on Earth; the year 2018 might become the hottest year on record with sweltering temperatures and warm heavy rain showers. This made us think about environmental influences on the Legionella bacteria and how our changing climate may affect an increased risk for Legionellosis.

What is Legionella?
Legionella is the bacteria which causes Legionellosis, a potentially life threatening disease. Legionella is commonly present in damp soils and in water. People can get infected through the inhalation of fine water droplets or aerosols containing the bacteria. Therefore, showers, sprinklers, hot tubs and similar water installations pose a potential risk. 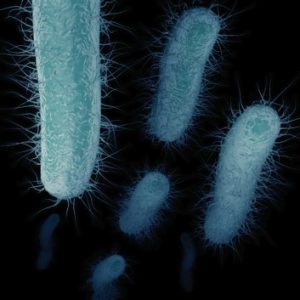 Temperature has a critical influence on Legionella. Too cold or too hot environments will cause the bacteria to lie dormant, being unable to multiply. But a sweet spot is hit between about 20℃ and 45℃ , where the Legionella bacteria baths in a bacterial heaven, multiplying like crazy. Therefore, when global temperatures are rising, they meet a Legionella-friendly sweet spot and any water installation is becoming a greater risk for contamination.

The effects of climate change on Legionella
The World Health Organisation (WHO) discusses the effects of weather and climate on Legionellosis (Sakamoto, 2015). In their article they stated that 2-15% of hospital admissions on pneumonia are contracted by Legionella, with peaks in the warm months of Summer-Autumn.

Besides the effect of high temperatures on the growth of Legionella, there are several other potential growth sources for this bacterium due to climate change. Higher temperatures impact sea water levels and increase flood risks. Since Legionella can be found in natural bodies of water, this could increase the Legionella bacterial count in soil.

Additionally, the Intergovernmental Panel on Climate Change (IPCC) states that heavy rainfall is a result of global climate change (2013). Fisman et al. (2005) found that Legionellosis was associated with rainfall. Rainfall increases the exposure to Legionella via a range of mechanisms. For example, cars driving on wet roads increase the production of aerosols containing Legionella.

Another exposure pathway, in these warmer months, is the greater use of air conditioning. These cooling systems are the perfect environment for Legionella to become airborne and breathable.

Appropriate actions and rigorous water management
Thus, the growth and presence of Legionella and the risk to exposure are potentially increasing due to climate change. But we don’t have to be too dreary about it, because there is much that can be done to reduce this threat. With appropriate actions and rigorous water management, Legionellosis can be largely prevented.

Mark Engelenburg, CEO and Legionella prevention expert from ATECA says: “Water plays a critical role in the daily lives of people. Taking a proactive approach against waterborne pathogens saves lives. If we all play our part, we can reduce the spread of Legionella.”

Mark Engelenburg explains that in the past years several technologies have been produced to tackle the threat of Legionella - from ultraviolet shower fittings to chemical cleaning options. However, the most effective technology that eliminates Legionella in all circumstances are copper silver ionisation systems, which are not susceptible to temperature and work through entire water installations. Killing the Legionella bacteria in every corner of potable water systems without losing efficiency due to higher temperatures.

Therefore, in the context of climate change, take a proactive approach in water management and reduce the risks of Legionella!

For more information go to: www.ateca.nl
or send an email to: info@ateca.nl

We use cookies to ensure that we give you the best experience on our website. If you continue to use this site we will assume that you are happy with it.OkéPrivacy policy